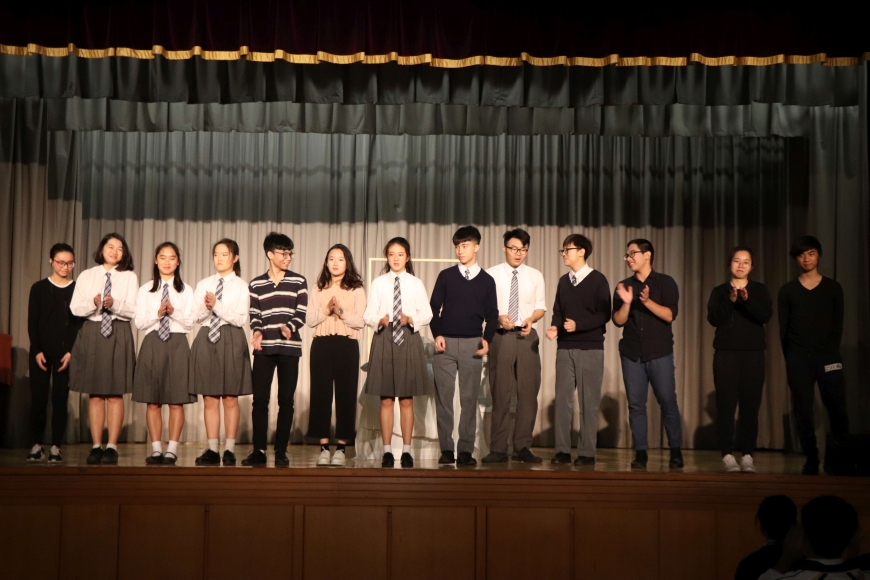 All the team members and the teacher-in-charge, Ms Susanna, are overjoyed to have received the awards in recognition of their hard work, commitment and teamwork. This year, the members took a proactive role throughout the production process under Ms Susanna’s guidance from generating ideas, script writing to performing. They made suggestions and worked on them collaboratively. ‘One problem we faced was we needed many actors and stagehands to help with the production. They were actually invited by our members to join. Despite the time constraint, the whole team has put much effort into studying the scripts and acting. Everyone understood the stringent requirements in the production and high standards of performance were expected. Their dedication must be one of the factors leading to the success,’ Ms Susanna commented.

Read 3710 times
More in this category: « 第十三屆青少年發明家比賽榮獲冠軍 | Ho Yu wins the championship in the 13th Young Inventor Competition 敢於突破 追求理想 吳芷滺同學獲選南華早報全年度最佳學生 ｜‘Stand up to challenges and perform with excellence’ - Ng Tsz Yau The Student of the Year – Linguist »
back to top